[SPOILERS ahead if you haven’t seen Season One]

If you watched Season One of Bloodline and are thinking of getting your toes wet with the newly released Season Two, here are a few things to know. First, you’re still gonna have to fast-forward through that godwaful opening credit song every episode. Second, the entire season is predicated on the question “what do you want;” apparently the Florida Keys’ answer to Mike Royko’s Chicagoism “Ubi Est Mea?” Third, despite a somewhat-noticeable absence of the two best actors that were on the show (Ben Mendelsohn and Sam Shepard), Season Two is unequivocally much better than the first (a season that without Mendelsohn would have been the textbook definition of “middling”). 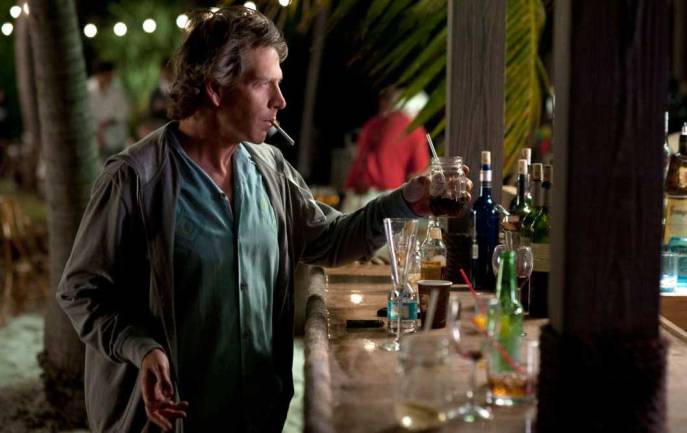 Speaking of great acting performances, remember Kevin—the paranoid, skittish cokehead brother from Season One? Turns out Norbert Leo Butz is one hell of an actor. I’m not saying he quite fills Mendelsohn’s shoes, but old boy might just have a forthcoming Emmy to add to his stockpile of Tony awards. Even Kyle Chandler—the grown-man’s Dean Cain, the political drama stand-in for Matthew Fox, the guy who would leave his second beer half-drank at a holiday barbecue—demonstrates what can only be described as “range” as his patriarchal detective John Rayburn takes on an increasing level of moral ambiguity.

We need to talk about Kevin…

As for other acting performances, Sissy Spacek is as good as ever and a newly cast John Leguizamo is downright creepy as a sleazy small-time blackmailer. In fact, one of the great achievements of this season is how seamlessly it weaves together a tapestry of ever-growing characters, and does so without dampening the effect of a taut thriller (note to the abomination that was True Detective Season Two). There are at least 20 meaningful roles in this season of Bloodline, few unnecessary, and all somehow intertwined in an ever-grim network of lies, murder and corruption.

To satiate viewers who wonder what happened to some of the better characters killed off in Season One, the series also goes to great length to employ flashback sequences that are a far cry from the distorted, garden-variety fare found in, say, Dexter. And speaking of that other show about murder and lies in South Florida, Season Two of Bloodline is far more heady and compelling than anything Dexter managed in its later seasons (they even stole Detective Batista and made him into the less-slapstick Sherriff Aguirre). 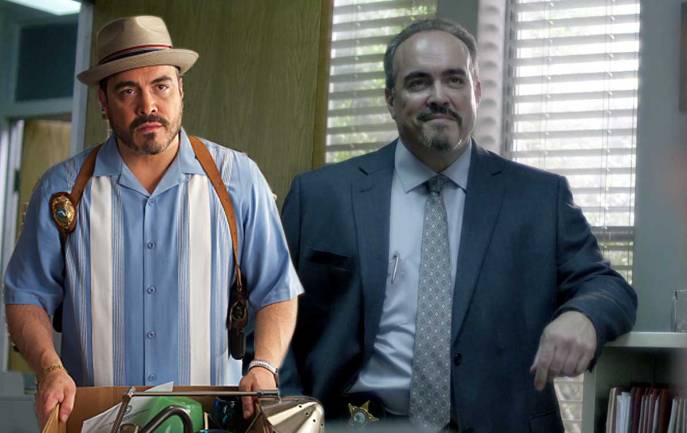 Not like David Zayas is being typecast or anything…

The main draws for me in Season One were the all-out grimness, Ben Mendelsohn and the fantastic use of the show’s seedy geographic setting. But really… Ben Mendelsohn. Other than that, it wasn’t much more than an above-average crime thriller that tipped its hand way too early. Those original factors still hold ground here (even with Mendelsohn’s diminished presence), but what we also get is a much more sophisticated show. A show that seems to have—unlike the Rayburn clan—learned from its past mistakes.

The writing is better, the narrative is more dynamically advanced, and characters other than Danny are actually given room to act outside of the Season One family archetypes that arguably constrained actors like Chandler and Butz.

I do have one major beef with this season, however. Where the first gave us full resolution (despite telegraphing it to the detriment of that whole “taut thriller” thing), now that the show is established, creators Glenn Kessler, Todd A. Kessler and Daniel Zelman seem to be fine with the more commercially driven formula of leaving us wanting. People might disagree with me on this point, but to them and to the creators I simply say, “Remember The Killing!”