For the meager contingent of American viewers not averse to subtitles, Netflix Instant has a king’s ransom of great suspense flicks (and horror, for that matter). I’ll cover some disturbingly sinister Korean flicks in an upcoming post, but for now let’s focus on Northern and Western Europe, the birthplaces of two of the best modern thrillers you’re likely to see. From a Norwegian art thief battling a Game of Thrones villain to France’s answer to The Fugitive, these picks just might change your attitude on how badass things can be in the lands of reindeer and berets.

Norway has become a relatively quiet and peaceful place ever since the vikings battled and killed off the last of the trolls in the 1400s. Known chiefly for lutefisk, good healthcare and really nice people, it’s not exactly the most thrilling spot on the globe. However, Norway did produce the great author Knut Hamsun (literary father of John Fante and Charles Bukowski), and has more recently been churning out some eerily good cinema (Trollhunter, Dead Snow).

Headhunters (2011) is a brilliant thriller that significantly bolsters Norway’s list of hallmark achievements. It tells the story of Roger Brown (Aksel Hennie), a corporate job recruiter (“headhunter” is a fitting entendre here) who moonlights as an art thief. Aksel is a deceptive, philandering little man who’s main concern in life is making enough money to keep up the lavish lifestyle that he believes will keep his Norse goddess of a wife (Synnøve Macody Lund) from leaving him. His concern is palpable. After all, wifey could be a doppelgänger for a younger Heidi Klum, whereas Roger looks more like the middle-aged brother of Christopher Walken and Ron Weasley. (#nodisrespecttochristopherwalken) 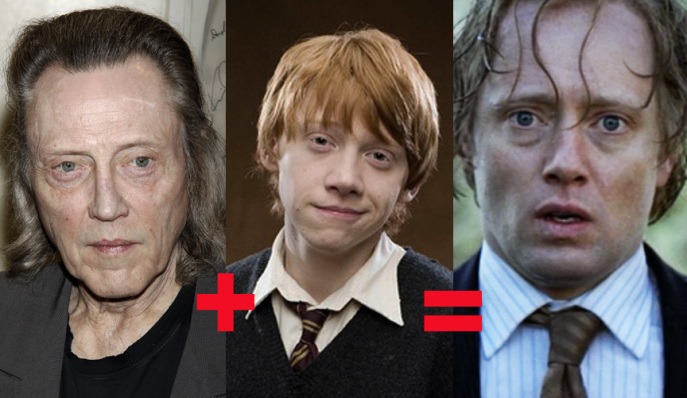 Headhunters—or as I’ve retitled it, The Roger Brown Affair—spirals into a thrilling manhunt after Roger decides to steal an original Rubens painting from a mysterious, dashing man he’s introduced to at wifey’s art show. The “victim” in question is Clas Greve (Kingslayer from Game of Thrones, who plays Nikolaj Coster-Waldau in real life). Clas is an ex-special ops assassin who specializes in military tracking methods. From here, things literally go to shit for Roger (see: the best use of an outhouse since Slumdog Millionaire).

The game of cunning deceit that unravels is filled with striking imagery, non-stop suspenseful action and some great tongue-in-cheek Norwegian humor (you might notice a Lillyhammer cameo, if you bothered to watch that halfway-decent show). All said, Headhunters is a bloody thrill ride that’s some of the most damn elegant popcorn entertainment on Netflix Instant. Plus, it’s got the fucking Kingslayer going balls out as a special ops manhunter, for Chrissakes! Almost makes me want to down some lutefisk and hop a jet to Norway.

If I had to make a list of the top ten thrillers of the last decade, it would include the 2006 French film Tell No One. That may sound bold, so if you can’t take my word for it, take the word of Sir Michael Caine. Actually, Master Wayne’s Cockney butler listed director Guillame Canet’s film among his all-time top ten—regardless of genre. I wouldn’t go that far, but I would say that Tell No One is easily one of the best modern movies on Netflix Instant.

Thematically, it falls somewhere between The Fugitive and, I don’t know, The Bridges of Madison County ? I write that hesitantly because romantic movies ain’t really my area of expertise. My idea of a great love story story would be something along the lines of Leaving Las Vegas or Blue Valentine, movies that most normal folk would call more depressing than being locked in a closet with a mime.

“You have to understand, honey. This is my way of making it up to all the guys who sat through The Notebook.”

Don’t get me wrong—this movie is definitely bleak and morbid enough to fit within the not-so friendly confines of this blog series. But part of what makes it so great is that not only is it a masterful thriller, but it’s a masterful thriller that somehow pulls off a love story with enough soul to live up to Otis Redding’s version of “Your Precious Love” (as played during an opening scene).

This rarely occurs in a genre wherein love is almost always used as an ancillary tool, carelessly crapped in to appease the Hollywood formula (did you really give two shits about what happened to Jason Bourne’s girlfriend?). Here, love manifests itself in a way that only makes the quest of our protagonist more thrilling, more suspenseful. The stakes are that much higher simply because of the vicariously personal, life-altering possibilities tied to our man’s mission.

Said man is Alexandre Beck (François Cluzet, aka the French Dustin Hoffman). Beck is a doctor whose wife was murdered eight years ago as they went night-swimming in a lake they used to frequent as children, when their romance began. He’s a good man, but he’s gloomily pensive and hasn’t really moved on from his wife’s death (he visits her parents every year on the anniversary of the occasion). Out of the blue, he gets an email from a woman claiming to be his dead wife. And that’s where an exceedingly complex plot begins to take root.

There’s not much more that can be said without divulging details of a narrative in which every intricate detail counts. What can be said is that Cluzet’s performance is remarkable, that this film has one of the best chase sequences I can think of, and that I haven’t been so smitten with anything French since I was a 12-year-old schoolboy in love with a Provençal exchange student.

Maybe that’s a good way to end, because Tell No One is about young love, everlasting love and what happens when the two are shattered. (And also what revelations can be found when you start picking up the jagged little pieces.) If you’re sick of me waxing mushy, remember that this is one of the best (and most suspenseful) thrillers you’ll ever see. And even if you don’t trust me, it’s not like you’ll turn down a sniff from My Cocaine.

4 thoughts on “The best of Netflix Instant if bleak, thrilling cinema is your ASMR: Part IV”