I clearly hadn’t done my due diligence on bleak boob tube when it was announced that British TV series Black Mirror would join the ranks of Netflix Instant. This, of course, happens on a weekly basis to many a television show of typically shoddy quality, but when I started to hear comparisons to The Twilight Zone and promises of pitch-black satire stuffed in each episode, I couldn’t help but give it a watch.

I can happily say with confidence that Black Mirror in its entirety is one of the best things on Netflix Instant, especially if the above-mentioned description appeals to you in the slightest. How could something so right up my alley from 2012 have Trojan Horsed me so? I don’t necessarily have my finger on the pulse of current British television, but after watching a handful of episodes of Black Mirror, I was surprised that something of such high-quality, pervasive creepiness evaded me for so long.

After the initial shock wore off, I was in for a real treat. Black Mirror is the brainchild of English satirist and broadcaster Charlie Brooker. It’s far from a traditional television series in that each of the two “seasons” contain a mere three episodes, clocking in at just under an hour each. Much like The Twilight Zone before it, each episode contains a completely unique premise with its own host of characters. It’s only in Brooker’s persistent thinly veiled social commentary that, as with Rod Serling’s legendary  narration in Twilight Zone, a thread of continuity exists. You don’t need to watch Black Mirror in any type of order, although it does help build anticipation for the gold nugget sandwiched in the middle of Season 2 (“White Bear,” which is probably the best of the bunch). 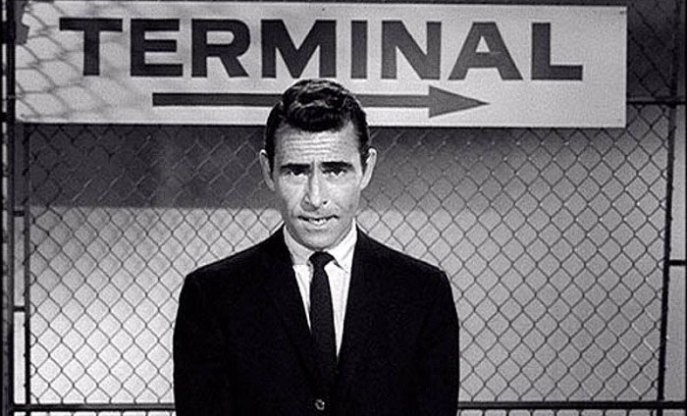 Every episode of Black Mirror is bleak as hell, has a lot to say, and is set in the not-so distant future. The most appealing part of Brooker’s science-fictioned setting is how engrossing and completely plausible it is. Brooker skips the hover-board and sports-gambling hypotheticals in exchange for something that hits a little closer to home. 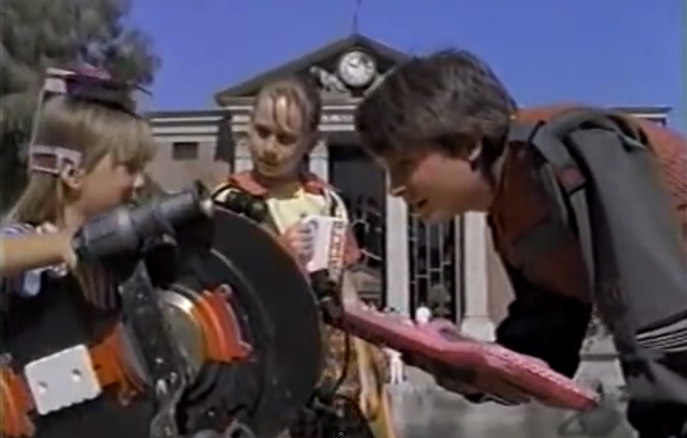 Modern technology in its entirety is taken to the woodshed here, examining the roles of YouTube, Twitter, Facebook and Farmville as antagonists in the journey to be, and become, human.

The first episode of the series, “The National Anthem,” focuses on British Prime Minister Michael Callow (Rory Kinnear) and the abduction of Princess Susannah, Duchess of Beaumont (Lydia Wilson). The Princess is a much-beloved public figure with the people’s interests at heart, much like a Princess Di or Kate Middleton before her (the comparisons being undoubtedly intentional). The kidnappers are wholly unknown, but whoever is behind the plot filmed a ransom note in the form of an eminently sharable YouTube video showing a bound Susannah directly addressing PM Callow. [MINOR SPOILERS] To ensure her safe release, he must fuck a pig on live television by 4 p.m. that afternoon.

It’s certainly pitch-black comedy and it’s intended to be, but the tone of the episode flawlessly descends from lighthearted to soulcrushing as we’re put in the place of a man in a position of power faced with a very real decision. The attitude of the British public changes as well, with 87 percent of the population wholeheartedly supporting sex with swine so long as it leads to seeing their beloved Princess Susannah once again. I won’t spoil the ending, but it’s hardly explicit while simultaneously being difficult to watch as we see Callow risk everything in the face of the seemingly omnipotent court of public opinion, exacerbated by the potency of social media.

“The National Anthem” is an excellent, scathing initiation into the futuristic environs of Black Mirror. It’s not the strongest episode of the set, but like those that follow after it, it will disturb the shit out of you and keep you reflecting on it long after it’s finished. This characteristic, to me, is the linchpin of any work worth its weight. I was skeptical at first upon being lambasted with endless Twilight Zone comparisons that heightened my expectations, but Black Mirror has soundly exceeded every one of them. “The National Anthem” offers plenty of satire that might only truly stick with native Brits conscious of their own political state, but it’s also a strong word of caution that echoes universally.

6 thoughts on “Black Mirror on Netflix Instant: The Twilight Zone for the Attention-Deficit Generation”