Guy Ritchie is to modern-day British gangster cinema what Ed Sheeran is to teenage girls with cherubic hobo fetishes. When Lock, Stock and Two Smoking Barrels was released in 1998, a subgenre that had birthed such classics as Get Carter (1971) and The Long Good Friday (1980) was reanimated on a global stage. 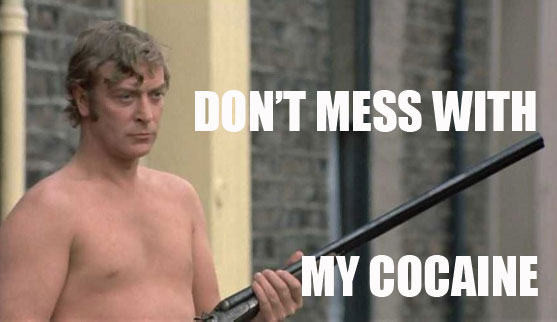 …a lesson the King of Cockney taught us in Get Carter.

No doubt highly influenced by Tarantino’s hyperreal stylization, Ritchie followed up his raucous debut with another cult-classic, Snatch. Since, however, his schtick has devolved into half-assed attempts like Revolver (most notable for Andre 3000 giving the worst performance by a rapper since Ice-T in Leprechaun in the Hood); the unwatchable remake of Lina Wertmüller‘s glorious sexistential 1974 film Swept Away (most notable for Madonna’s performance in the worst movie starring a pop singer this side of Gigli); and those Sherlock Holmes movies—which conjure a video game idea Michael Bay thought up while taking a shit. 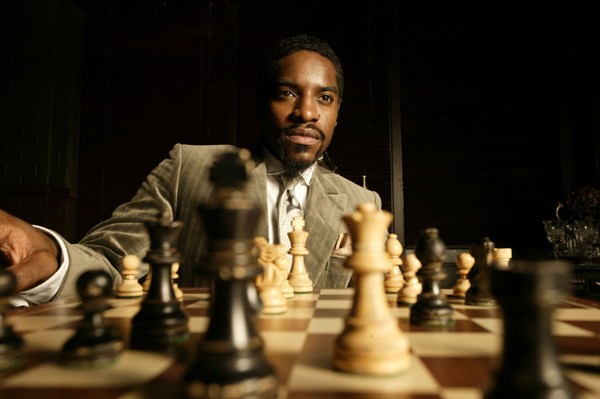 That said, Ritchie deserves credit for his better “Mockney” efforts, and perhaps more so for the wave of UK crime cinema they’ve inspired. Sure, the movement has spawned its fair share of overstylized, horribly written filth that many a Brit no doubt loathe being associated with. Specifically, I’m referring to just about anything Jason Statham has ever done (full disclosure: I have lapped up every Statham movie on Netflix Instant with the guilty-pleasure-induced appetite of a middle-aged housewife with a box of Franzia and a Lifetime marathon).

But there have also been some absolutely brilliant films added to the canon. Sexy Beast (2000) is a genre-bending classic that features Ben Kingsley’s turn as one of the greatest big-screen villains of all-time. Terence Stamp killed it in the paternal revenge thriller The Limey (1999). And of course no one’s kicking Layer Cake out of bed for eating crumpets. 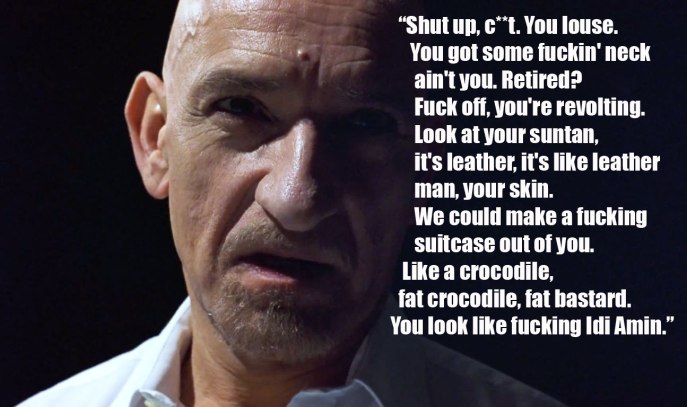 While Snatch—and at least six Statham-led movies—are currently on Netflix Instant, so is another fantastic, lesser-known modern British gangster flick: 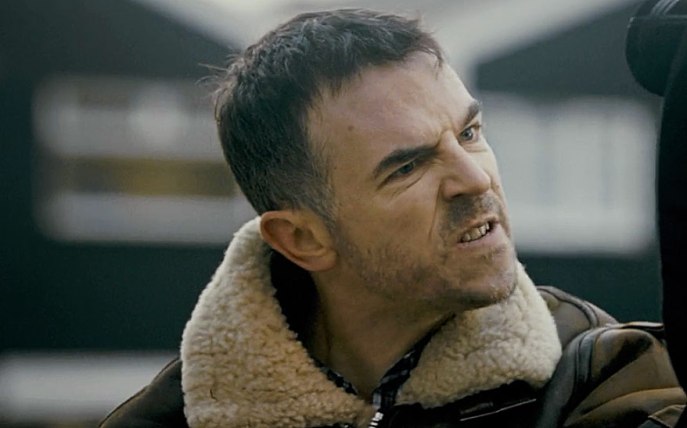 There’s a storm brewing throughout Wild Bill, a film about a “nutter” who’s just come home from eight years in the pen and is reintroduced to his two slum-living boys. Our titular antihero (played by Charlie Creed-Miles, aka Billy Kimber from Peaky Blinders) is a small-time crook with a larger than life reputation.

In many ways, Bill’s disposition is much like that of Nicolas Cage’s in Joe (another film titled after—and focused mainly on the psyche of—its lead). Both men are ex-cons with unpredictable temperaments who could snap at any given moment. And as in Joe, much of Wild Bill’s tension lies in the fact that we know from the outset that Bill—at first feeble and aimless upon his release from prison—will once again go wild. The questions that drive the story are simply when, and to what consequence?

Pressure is added to these questions when Bill is unwittingly forced into a parental role he’s clearly not cut out for. Initially, he takes the responsibility as if he were Billy Bob Thornton in Bad Santa. He uses the free lodging that his older, mature son has provided as a haven for pot smoking, drunkenly passing out on the couch, and consorting with a kind-hearted hooker. 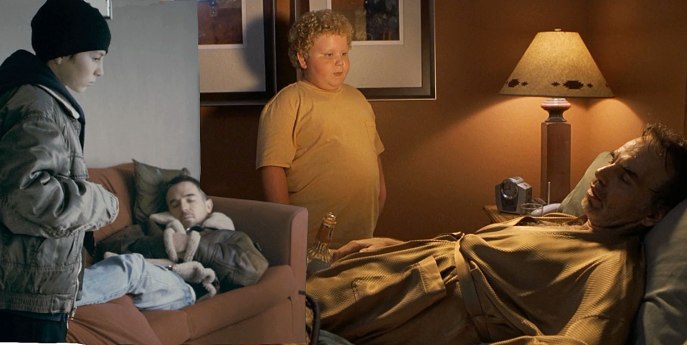 “Can we fix you some sandwiches?”

Reality soon hits Bill like a swift kick in the bollocks when a street gang from his past starts making threats on his family. From here, it’s on Bill to see what extent he’ll go to in righting a heretofore unremarkable and wasted existence.

A large part of what makes Wild Bill an exceptional British gangster flick is that it draws elements from both Guy Ritchie and another British filmmaking stud, Danny Boyle. It’s got the fast-paced, street-tough humor of a Ritchie flick, but also the more real-world-savvy emotional core found in the breadth of Boyle’s work (and the comedic flair of Trainspotting). In short, unlike what Ritchie detractors—and haters of other Mockney offshoots—might argue, it’s not simply style for style’s sake. 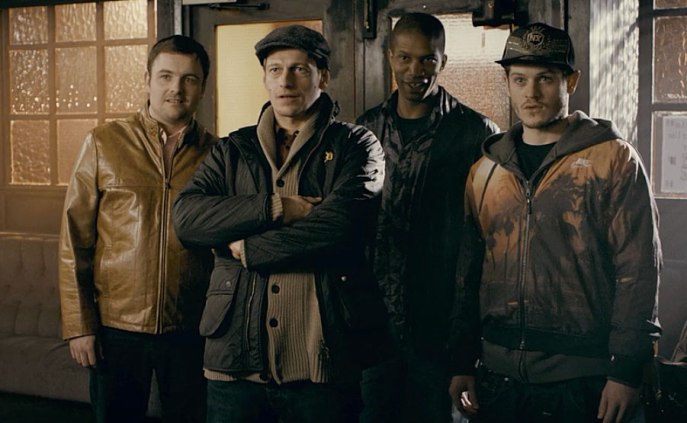 Another similarity Wild Bill shares with both Trainspotting and those better Ritchie films is its use of a colorful ensemble cast. Director Dexter Fletcher employs a who’s who of talented B-list British crime actors. Leo Gregory and Marc Warren (both familiar from Green Street Hooligans) play Bill’s shifty nemesis and a cracked-out dad, respectively. Neil Maskell (Kill List—also on Netflix Instant, and totally worth the watch), plays one of Gregory’s cronies. Jason Flemyng (Lock, Stock, Snatch, Layer Cake) makes a brief cameo. Andy Serkis—Hollywood’s favorite CGI stand-in—sheds his Gollum and Planet of the Apes makeup to play a menacing crime boss. And Iwan Rheon provides a comedic turn as a petty crack dealer who thinks he’s a badass rasta (hard to reconcile when pitted against his role as Ramsay Snow the Castrator on Game of Thrones). 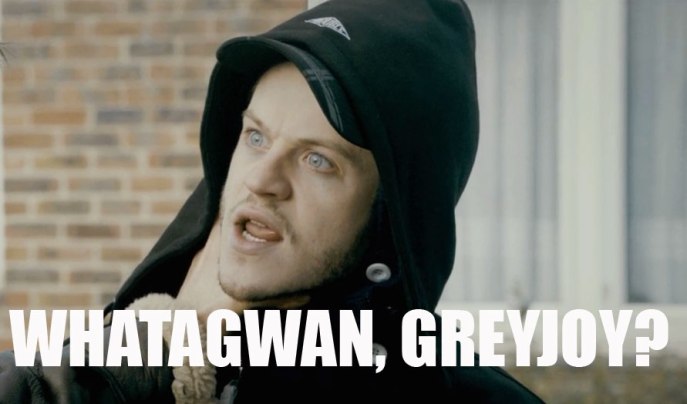 The only debatable setbacks in this film would be that it’s not really as much of an all-out “gangster” flick as some of the aforementioned titles, and it also leans a bit heavily on heartfelt drama (a taboo subject on this here blog) as it comes to a close. Still, there’s more than enough smashing of pint glasses, soccer hooligan head-butting and general badassery to appease those looking for a proper follow-up to Lock, Stock and Snatch. And beyond that, it’s just a bloody damn good film, spearheaded by the underused Charlie Creed-Miles’ magnificent work.

4 thoughts on “Wild Bill on Netflix Instant: British thuggery with a pulse”