Netflix has been dropping some stink bombs of late, so I was a bit skeptical wading into The Rain, a Danish post-apocalyptic contagion series that smacks of 28 Days Later and The Walking Dead—sans zombies. Actually, the reason I was truly skeptical was because of its 6.1 score on IMDb. For non-IMDb adherents, it’s probably worth mentioning that the best series out there tend to have significantly higher scores than the best movies out there.

Here’s a little amateur research to support that theory:

Of the 10 comparisons here, I think I have a strong argument that at least seven are significantly better than their comparative longform peers—all of which scored .6 to 2.1 points higher on IMDb. (And I know the horror comparisons aren’t as astute as the others; I just wanted to bring two of the best recent horror movies into the discussion.) Point being, a 6.1 for a series (The Rain) is basically like a 4 for a horror film, or a 5.1 for a crime flick—i.e., typically an automatic “don’t waste your fucking time” signifier. (Which reminds me that I need to develop that IMDb-score-by-genre model I’ve brought up before—because I actually think the site is much more informative than say, Rotten Tomatoes, if you indeed know how to navigate its inherent biases.)

But before hypothesizing on why The Rain is underappreciated by the IMDb hordes—and before boring you to death with numbers—let’s talk about The Rain (a solid 7.8 in my book).

The eight-part first season centers around sister and brother Simone and Rasmus, pulled from school by their scientist father as the first whispers of a doomsday event begin to circulate. Soon thereafter, the siblings are trapped in an underground bunker in the forest, taking shelter from killer raindrops. After a brief six years, they emerge. 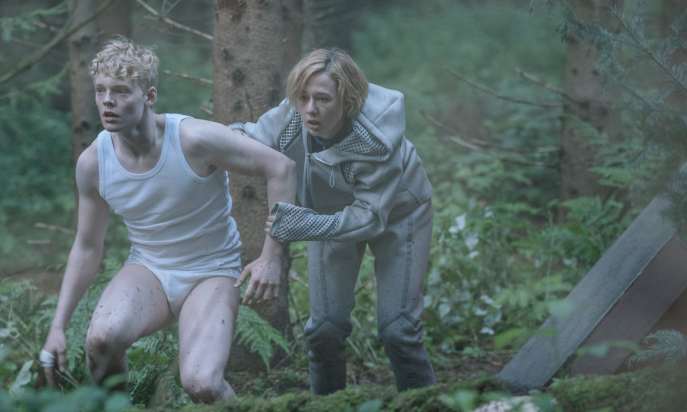 I don’t want to give too much away, so suffice it to say that they meet other doomsday survivors, and pretty much everything you’ve ever seen in an apocalyptic survivalist story plays out: battles with evil gangs, encounters with creepy cults, a search for a cure, ominous government forces at play, escapist sex—all set to the grand existentialist query of “what the fuck is going on?”

If everything I’ve just outlined sounds completely unoriginal, that’s because, narratively speaking, it is. Apart from the fact that pathogenic precipitation—not the undead—is the enemy here, The Rain is pretty much a narrative rehashing of every doomsday road warrior screenplay ever written.

But this is not a series out to reinvent the wheel. It’s the details here that count. And a few of the most important details include a string of stellar performances (particularly that of Alba August) that bring emotional gravity to the series, as well as a soothingly bleak feel of place—captured in perpetually gloomy and rainy skies, desolate cityscapes and verdant, mysterious forests.

To this last point, The Rain is a perfect grim mood piece for those who find a calming effect in the brand of environmentally attentive cinematography used in other bleak offerings like The Killing, or the recent Nordic noir stuff I’ve been posting about, including Trapped, In Order of Disappearance, The Oath, and Fortitude. (See my thoughts on bleak, thrilling cinema as ASMR for more.) 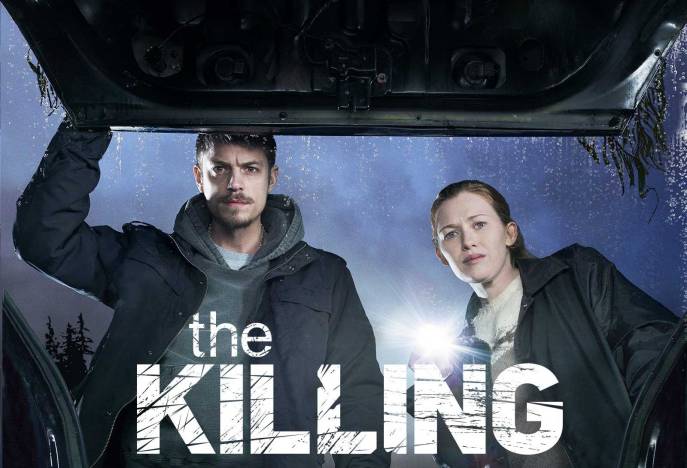 The Killing, AKA “Visual Valium”

The Rain also maintains a strong pace throughout its eight 45-minute episodes. Brief flashbacks flesh out each of the main characters by giving a glimpse into who they were, and what happened to each on the day the world turned upside down. But these backstories don’t linger (ahem, Walking Dead). If anything, they bring intrigue to the plot line and a bit more humanity to a group of people living in an inhuman world. 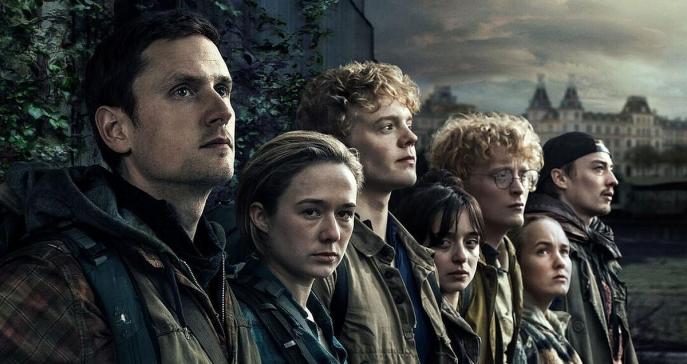 With a tight ensemble, The Rain is far from… overcast.

And while certain elements of the show may be a bit predictable, the moral conundrums that normal people deal with in abnormal circumstances are handled attentively, with less of a formulaic good-vs.-evil approach than one might expect. To this point, when things aren’t exactly as they seem, they also aren’t exactly the opposite.

The setbacks here are minor, and mainly just require a bit of suspension of disbelief. (For example, why does Rasmus appear to have aged 10 years during the bunker hideout while Simone looks exactly the same age?) And yes, there’s a strong likelihood that this could go the route of The Walking Dead and get tiresome after a couple seasons simply because it doesn’t really have much of anything new to run with. 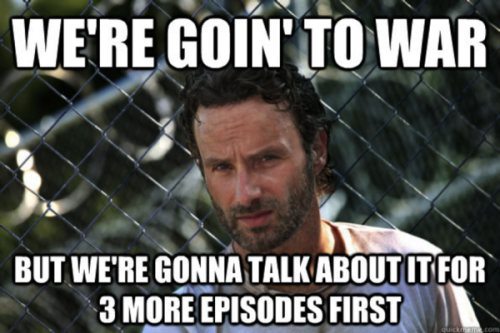 All said, this series is most likely getting that 6.1 IMDb hate due to the baseness of its plotline. But if you’re looking for a fast-paced, very well-acted, bleak post-apocalyptic mood piece that’s as paradoxically calming as looking out at cold rain showers from a warm window, The Rain is engrossingly bingeable.

“I’m a-goin’ back out ’fore the rain starts a-fallin’
I’ll walk to the depths of the deepest black forest
Where the people are many and their hands are all empty
Where the pellets of poison are flooding their waters”
-Bob Dylan, “A Hard Rain’s A-Gonna Fall”

The mining is in high-gear in the Nordic Noir landscape. Where Fortitude broke the ice and tunneled into its festering recesses, creator Baltasar Kormákur’s Trapped thrives on creating its own living hell within the crevasse of an isolated Northern Icelandic port village. It’s in this frigid microcosm that a brilliantly acted, tense and bleak murder-mystery unfolds—finally giving the quiet island-country a voice amongst one of the most alluring bleak film movements on the planet.

To be fair, the sublime, rolling glacial terrain of Iceland has long graced our screens. But, as location spots, its beauty lent itself more as a geographical ghostwriter to foreign and fictional lands. Consider the visually arresting opening sequence of Prometheus, or John Snow being informed of his limited mental acumen by his beloved, robin-haired Wildling. These scenes took place in Iceland, but the events—as we know them cinematically—really unfolded in Planet LV-223, and “North of the Wall.” Heck, even the aforementioned Fortitude was filmed mainly in Iceland, even though the show is supposed to take place in Norway. 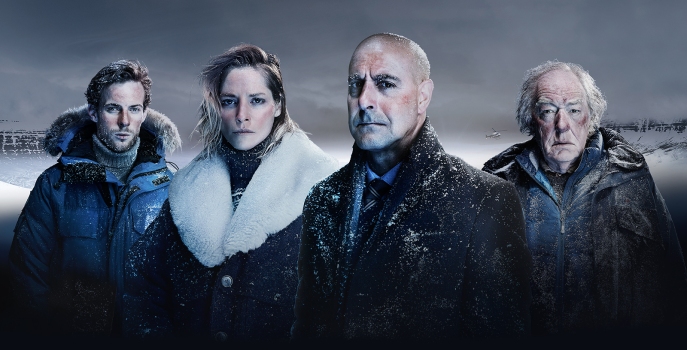 Fortitude‘s phenomenal first season included one of the best finales ever seen in a detective show. Its second season was serviceable.

Point being, Trapped is one of the first pieces of crime cinema to reach global audiences with a certified Icelandic export stamp on it. But more on that later—let’s get to the plot.

Trapped begins with fire and ice—its opening scene depicting a flashback of a young girl burned alive, followed shortly thereafter by a headless, limbless corpse being pulled out of the freezing ocean by stunned fishermen. 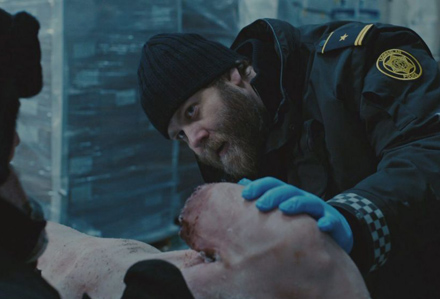 Lend me a hand…

As soon as local police start investigating the cadaver, a massive storm hits and the tiny port town is snowed in. This prevents the swinging-dick, bigwig police from Reykjavík to offer their assistance. It also becomes clear that the foul play is linked to a massive ferry that’s just docked. The ship’s shady captain, a corrupt mayor, a fishy hotelier and a slimy underling politico are just a few in the Clue-like assemblage of suspects that three small town cops must sift through to put the pieces together.

The most complex performance comes from the American-born veteran actor Ólafur Darri Ólafsson (recognizable from from his role as the grimy, prophetic meth dealer who delivered one of the baddest pieces of dialogue in one of True Detective Se1’s best scenes). His detective Andri plays the lead as a man with the look and softness of an oversized teddy bear, but also the fierce, hunting instincts of a polar bear.

“You got a demon, little man. And I don’t like your face. It makes me wanna do things to it.”

Other compelling performances come from Andri’s estranged wife Agnes (Nína Dögg Filippusdóttir), visiting from out-of-town with a new boytoy in tow. As the storm shutters everyone in, Andri’s condition becomes even more pitiable as he endures his wife sharing a bedroom with boytoy down the hall from the couch he crashes on.

As the father of the incinerated girl, Pálmi Gestsson also turns in a complex performance as a man whose very existence is a rumination on grief and vengeance. In a show that doesn’t leave loose ends, his story comes full circle through a wicked stroke of poetic justice that ends in Gestsson delivering one of Trapped’s most profound and poignant scenes.

One last performance worth mentioning is that of Baltasar Breki Samper as Hjörtur—the mysterious, scar-faced boyfriend of the dead girl. As he broodingly mopes and dopes around the little village in an oversized hoodie, Hjörtur becomes both in character traits and appearance the tortured embodiment of an Icelandic Jesse Pinkman.

Now back to the interplay between Trapped and its country of origin. Despite that Trapped is Iceland’s highest-budgeted series on record, it doesn’t go to lengths to boast about, or showcase, a sense of geographical or national identity. The bulk of the series is filmed in the small, Northern port city of Siglufjörður—a place removed from the tourism bustle that has hit the nation by storm in recent years. And while a small amount of the show’s activity takes place in Reykjavík, Trapped isn’t concerned with providing a cinematographic tour of its capitol. A brief cityscape shot is provided—seemingly for no other purpose than narrative clarity. 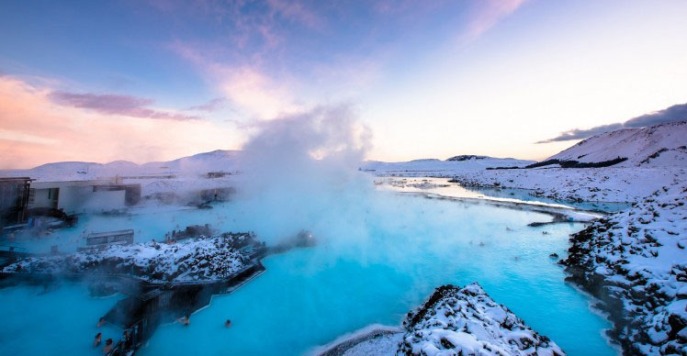 This non-geo-centric approach is a departure from great crime shows like Breaking Bad, of which Vince Gilligan described its Albuqerque location as a “central character.” It’s also fitting, in multiple ways. It would seem counterintuitive to provide lingering, aerials of Iceland’s magnificently sublime glaciers and sprawling wilderness expanse in a show centered around a concept of claustrophobia. As a straightforward, bleak and rugged crime drama, Trapped is also under no obligation to kowtow to atmospheric localism to deliver the visceral gut punch it provides. And frankly, it doesn’t need it. This minimalist approach simply doesn’t hold the aesthetic appeal of similar dark, detective shows like Fortitude or The Killing.

That’s not to say that the cinematography is inept or ineffective in capturing a distinct feeling of place—quite the opposite. It just so happens that—outside of the show’s Icelandic dialogue and locale—it could most likely have the same effect were it filmed in Alaska, the Antarctic, etc. Trapped is undoubtedly an Icelandic show. It’s just not unabashedly one. 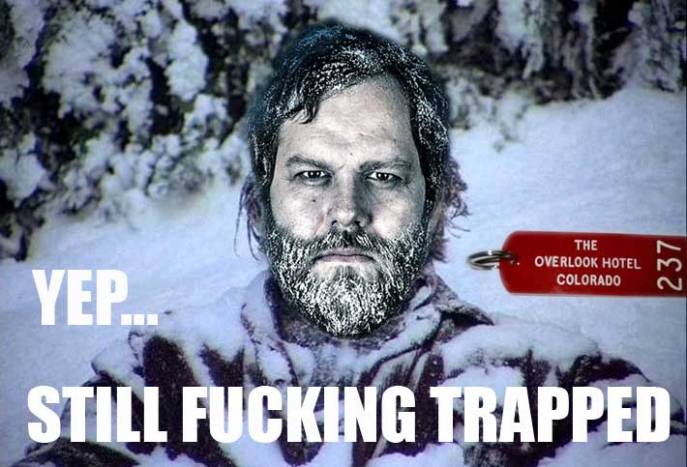 As for narrative drawbacks, Trapped’s only one is that with such a large cast of characters and such a sprawling murder mystery, it can be difficult to remember who some of the side characters are when they’re mentioned in conjunction with investigations. The show could be difficult to follow if one didn’t simply binge it—not that each character doesn’t have a meaningful role to play, or that plotlines are overly complex. Someone involved in the production may have caught on to this, as each episode is prefaced by an appreciatvely throrough recap of events (necessary even when bingeing).

All said, Trapped is Nordic Noir at its best—thanks in large part to Ólafsfon’s standout performance, a well-crafted and resolved narrative, and an introspective ability to work within the emotional expanse of its geographically limited confines.