It’s rare that a bleak film with a loud, direct and ominously bating title can deliver a satisfying reveal to its nominal mystery. The Box, for example—despite an intriguing trailer featuring a sinister Frank Langella—ended up just being an ultimately empty, scatterbrained mess that signaled the end of Donnie Darko director Richard Kelly’s career. For further examples of ticking-package duds, see It Comes at Night and the Season 1 finale of The Killing (a show I otherwise loved—#holderisms).

On the flip side, there are the other punchy, promising titles that deliver in spades. The Vanishing (AKA Spoorloos—the original Dutch version), The Guest, The Game and Sleep Tight come to mind. And then there’s Joel Edgerton’s crafty and warped 2015 directorial debut The Gift—a complete package that unravels almost as loudly and chillingly as a young Brad Pitt staring into a cardboard box in a desolate field.

I’m not going to get too in-depth plot-wise, as this film relies on a maelstrom of twists and turns. But as to the bare bones, The Gift opens by introducing us to married couple Simon (Jason Bateman) and Robyn (Rebecca Hall), as they relocate from Chicago to the California area where Simon grew up. While the upwardly mobile pair are out doing a little Bed, Bath & Beyond-ing for their new luxury abode, they run into an old classmate of Simon’s—a socially awkward fella named Gordo (Edgerton), who dresses and does his hair like he can’t decide whether he’s George Michael or a used car salesman.

“You gotta have… gifts, gifts, a-gifts!”

Needless to say, Gordo enters their life and starts bringing them… gifts. And herein lies the beginning of a very awkward and mysterious friendship.

One of the main things that makes this tension-riddled flick work is an unexpected turn from Jason Bateman. It’s not that he does anything mind-blowing here, but for once in his career, he doesn’t seem to be playing Jason Bateman. The familiar—and, to be fair, reliably funny—Michael Bluth iteration that seemingly appears in every Bateman flick is cast aside for a guy who is less in Bateman’s go-to rational-smartass-good-guy mold. (I’d argue that he didn’t even veer far from this mold in the grimness of Ozark’s first season). Point being that in a film that depends on the unexpected, the casting of an actor we thought we knew playing a guy we clearly don’t is a strong touch. 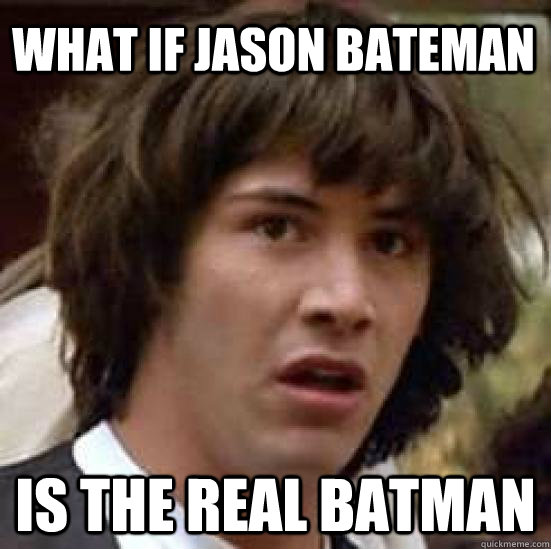 Then there’s Rebecca Hall, who, as a compassionate and conflicted recovering addict, reminds us that Rebecca Hall is just a classically good actress who will only enhance a tantalizingly bleak screenplay (see: The Town, The Awakening). And finally there’s Edgerton as Gordo—a character I really want to talk about but really shouldn’t for the sake of your viewing experience. But hot shit does our man Gordo deliver one helluva sinister piece of dialogue in one of the film’s climactic scenes. Hell, it’s almost Cranston-esque!

There’s nothing special about Edgerton’s minimalist camerawork here, but there’s also nothing distracting about it. And sure, you can say you saw the ending coming five or ten minutes out. But the mystery certainly builds well leading up to that point—and the reveal is a gut punch you won’t soon forget.  While this is a mystery-suspense drama, it’s also one that should translate very well to fans of horror and dark thrillers. I’ll leave a large stamp of approval at that, and simply urge you to go in blind.