“Man is a rope, tied between beast and Superman—a rope over an abyss.” —Nietzsche

When you think of beefed-up Euros going apeshit on the silver screen, Van Damme and Schwarzenegger probably come to mind before heady art house flicks. Rather than glorify alpha-male violence, Bullhead (2011, Belgium) and Wolf (2013, Netherlands) are films that delve into its psychological underpinnings and criminal repercussions with stunning visceral and emotional results.

Both stories pit their protagonist as a man walking the tightrope between brutish beast and conscientious being. Both even go so far as to flesh this paradox out with a sort of reverse anthropomorphism (man becomes bull, man becomes lupine predator). 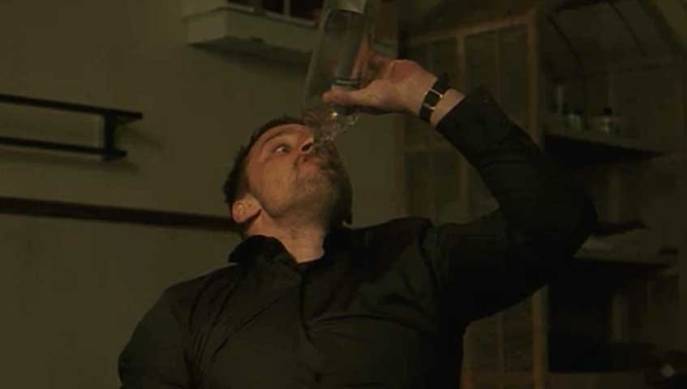 Matthias Schoenaerts in Bullhead: GOT VODKA?

I know I may come off as a bit of a horse’s ass (reverse-anthropomorphic pun intended) for opening with a Nietzsche quote, but I think it’s relevant here. The maniacal German philosopher’s notion of the “he-man”—or Übermensch—is probed bluntly and bleakly in both Wolf and Bullhead. Sure, we see the aesthetic glory and brutal splendor that Nietzsche lusted after (and that Hollywood loves to commodify), but we also see these notions deflated and emasculated in the most devastating ways. 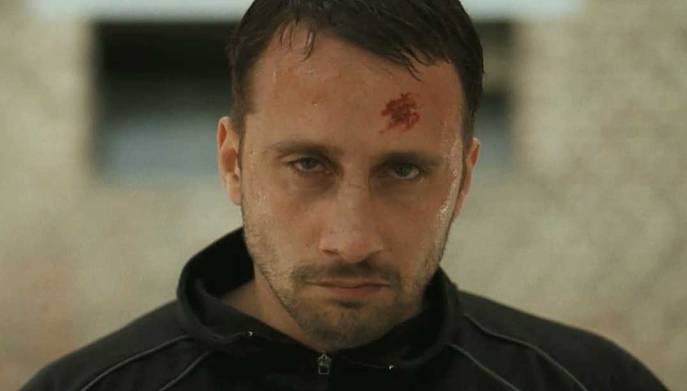 Much like Matteo Garrone’s Gomorrah, director Michaël R. Roskam’s Bullhead is a devastatingly bleak European gangster flick that ventures into the more obscure areas of criminal enterprise. It also deals with the dynamic of a juvenile friendship, beginning in adulthood and flashing back to a horrific juncture that created a shameful rift between the boyhood mates.

In this sense, Bullhead plays a bit like a minimalist, apolitical version of The Kite Runner—if only Khaled Hosseini’s story had been put in the hands of Nicolas Winding Refn (a particular, neon-lit club scene could have been seamlessly woven into any of the Pusher films).

Bullhead sets its ominous tone from the opening frame, with a monologue played over a shot of a misty field. The not-so-upbeat narration ends this way: “No matter how long ago it was, there will always be someone to bring it all back. Because no matter what you do or think, one thing is for sure, you’re always fucked. Now, tomorrow, next week or next year, until the end of time, fucked.”

The film’s tortured, brooding protagonist is Jacky Vanmarsenille (Matthias Schoenaerts). Jacky has taken over his family’s corrupt livestock business, and for reasons I can’t disclose without playing spoiler, has an escalating habit of shooting himself in the ass with bovine growth hormones.

The film pushes this notion of the intermingled similarities between beast and man to the point that you almost expect Jacky to morph into a minotaur. But this isn’t necessarily a setback if you can dig a film based on slow, foreboding character study.

I also can’t emphasize the word “brooding” highly enough in regard to Schoenaerts’ magnificent portrayal of a gloomy beefcake who trudges through life with a menacing chip on his shoulder. And like any prodded bull, Jacky is prone to fits of severe, blind rage.

The film’s narrative unfolds around Jacky reuniting with his former bestie (Jeroen Perceval of Borgman) as the  Vanmarsenille farm is linked to a mafia hit. As Jacky meets with a gang boss and tries to keep his family business in check, a lost love from his past also enters the picture. With the pressure on, Jacky eventually breaks out of the pen. And what ensues is a bit like watching a bull in a China shop.

Bullhead excels as a disturbing character study of an alpha male in mental anguish and turmoil. It’s a refreshing departure from Hollywood, where a guy like Matthias Schoenaerts would be designated to mindless roles in movies where a bunch of shit blows up. In other words, it’s kind of like watching Requiem for a Dream… starring Vin Diesel.

The film’s conclusion isn’t exactly satisfying, but hey, it’s a movie about a guy who injects bull testosterone into his ass. What did you really expect? 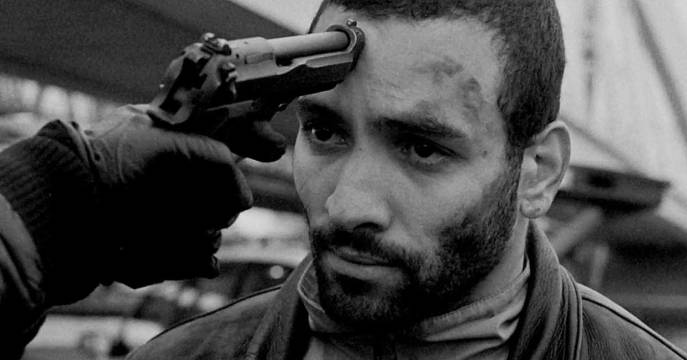 If Drake were to make a biopic about Drake, he would probably want  his inflated ego to come across much like Marwan Kenzari’s character of Majid in director Jim Taihuttu’s Wolf. Drake, of course, likes portraying himself in gritty black-and-white videos as a version of himself that isn’t softer than a tumble-dryed down pillow. And like Drake’s vision of himself, Majid is a muscle-bound, culturally conflicted badass who started from the bottom and… well, you get the gist.

I digress. We meet Majid—a Muslim of Moroccan heritage—as he and his sketchy buddy Amil (Chemseddine Amar) casually discuss speed bikes on a vacant street while window-shopping. Next thing we know, they’re bashing in a storefront and going full-fledged GTA.

The laid-back dialogue of this scene contrasted with its ensuing criminal violence brings to mind Pulp Fiction. It’s a bit like watching very small-time versions of Jules Winnfield and Vincent Vega chop it up about foot massages and Le Big Mac before unleashing their vengeance.

This scene isn’t the only one in which Wolf borrows from the sleek badassery of American crime classics. There’s also as much Tony Montana shit going on here as the next rags-to-riches gangster flick. And in terms of that reverse-anthropomorphic thing, there’s a moment where Majid confronts his spirit animal and director Taihuttu essentially plagiarizes one of the most poetic scenes from Deerhunter.

But perhaps the most relevant comparison for Wolf would be Mathieu Kassovitz’s brilliant La Haine (1995)—another black-and-white flick depicting petty crook life in Euro slums and backdropped by a hip-hop aesthetic and soundtrack. (There’s a fantastic—albeit hyperbolic—montage in Wolf that shows Majid and Amil making their crime comeuppance set to hilarious Euro thug rap that name drops Keyser Soze and Julius Caesar. An American remake could definitely use this 2 Chainz song…)

Like La Haine, Wolf gets into the sociopolitical nature of racism and systemic corruption in what outsiders might typically think of as idyllic European cities (La Haine‘s Paris and Wolf‘s Utrecht). The inner struggle that Majid faces as a brutish kick boxer and criminal mixed with his family’s strict Islamic heritage is particularly engaging, and points to the film’s highlight—a remarkable and dynamic performance from Kenzari (who is starting to get some Hollywood play in the film’s wake).

Wolf is certainly a more entertaining and more rapidly paced film than Bullhead. That said, it can easily be criticized of being influenced by American films like Raging Bull, Pulp Fiction and Deerhunter almost to the point of copyright infringement. Still, Kenzari’s breakout performance as a conflicted he-man struggling between family, pride, honor and infamy is worth the 122-minute runtime alone. Add in some fantastic cinematography and gripping fight scenes, and Wolf makes for one of the more impressive recent additions to Netflix Instant’s strong cache of foreign crime cinema.