[NOTE: No big spoilers for Season Two, but refer back to this post if you missed Season One.]

Unfortunately, the above image is not an official promo for the BBC’s steamy Belfast-BTK series The Fall. It’s actually more of an, um, abstract dream collage representation of what Season Two might evoke to viewers. (Gillian Anderson’s character keeps a dream diary, and Jamie Dornan’s does nudie collage scrapbooking, so I don’t think I’m reaching that far.)

In that Season One recommendation, I mentioned that the show was phenomenal, but that it left us with what I most eloquently described as “an asshole of a cliffhanger.”

Without revealing too much, the six new episodes added to Netflix Instant do a nice job of picking up the pieces, albeit at a pace that might inspire some to launch their own killing spree on BBC producers—provided this were a weekly series and not delivered all in one fell swoop. (Recent medical reports show that Netflix is effectively curing ADD through its wonderful full-season-all-at-once template.)

To be fair, the slow build-up doesn’t really come in the form of extraneous plot lines (here’s looking at you, Boardwalk Empire‘s countless hours of Margaret Schroeder fretting over minutiae).

Season Two begins a few weeks down the road from where Season One left off. Paul Spector, AKA “The Belfast Strangler,” (a dreamy, asphyxiation-fetished Jamie Dornan) is still at large. The search quickly hones in on him, and a season-long game of cat and mouse between Spector and investigator Stella Gibson (Gillian Anderson), unfolds.

If you wanted resolution, there’s definitely more here than in Season One. But the show seems to struggle with the main  narrative predicament that The Killing did in its first few seasons (rest assured, this is a much more carefully constructed and fully realized series than what was going down in the Pacific Northwest.)

That predicament, as I’m sure it has been posed in countless BBC screenwriters’ meetings, is, “When the killer’s caught, what the fuck do we do with this show?”

I’ll leave any speculations on that question in the hands of the viewer. I will say that it’s to the show’s credit how it manages to stay engagingly suspenseful even as Season Two’s narrative meanders along. I should underline that this season of The Fall is much more of a criminal suspense show, and much less of a bloody thriller.

That last note brings up an issue that one could say is either a narrative fault of Season Two or a moral fault of its viewers (present company included). Essentially, it’s simply not as compelling to watch as Season One, and much of that has to do with a lack of, well, murder.

A large degree of this show’s allure comes from the fact that Paul Spector often blurs the antogonist/protagonist line. Don’t get me wrong—he’s a really, really bad guy. But c’mon, his shirtless-prone character often seems less like the BTK Killer and more like the equivalent of Ted Bundy in a Calvin Klein ad. 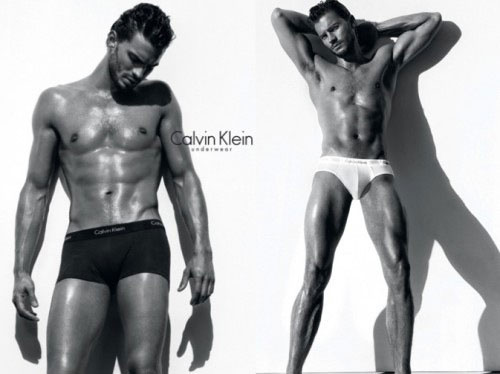 The point? As fans of crime shows, we are implicit in wanting to see how much bad guys can get away with. We like it when the body count rises; the deadlier the game, the higher the level of intrigue. And our baddie really does not get away with much at all for the majority of Season Two.

So yeah, I respect The Fall for being a really good crime show that succeeds without pandering to its audiences’ base bloodlust. But the fact remains that we still came to watch a serial killer show. Season Two leaves that desire wanting.

The series seems very aware of this predicament. It even builds it into a dialogue exchange as Gibson watches a video of Spector in the midst of nefarious acts:

Spector, to the camera: “Why the fuck are you watching this? You sick shit. What the fuck is wrong with you?”

Gibson: “Who [are] you talking to? Yourself? Me? People who like to read and watch programs about people like you?”

In a stylistic touch, Gibson appears to be breaking the fourth wall as she asks this question. OK, The Fall—you got us. We are guilty of, uh, being fascinated by your serial killer show.

But here I am pointing out a lot of faults in what I think is actually one of the most intelligent and compelling series currently filming. So let’s get to some of the pros.

Gillian Anderson, for one, is bar-none one of the best actors working in television. The icy portrayal she gave in Season One becomes more fleshed out here as the show delves into her sexuality, morality and—god forbid—sentimentality. “You can see the world in that way if you want,” she says to a colleague who calls Spector an evil monster. “You know it makes no sense to me. Men like Spector are all too human, too understandable. He’s not a monster. He’s just a man.”

For a character who maintains poise in her profession by playing the one-note, sinister, head-motherfucker-in-charge, Anderson infuses an uncanny dramatic range into the arena of emotional subtlety. 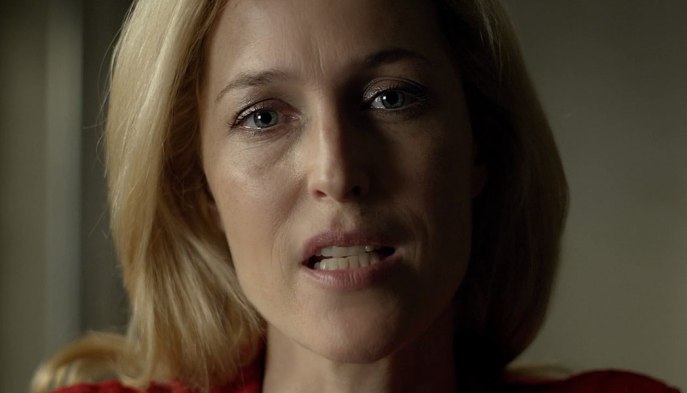 Give this woman a friggin’ Emmy, already!

As for Dornan, he does a fine job, but the underpinnings of his psyche don’t exactly reach Lecterian heights. He’s either angry or manipulatively heartfelt or vacant—and that’s about his emotional range. It would be nice to see a bit more.

And while we’re on the subject of Dornan, let’s address the handcuffed, spread-eagled elephant in the room. What I’m talking about, of course, is that in less than a month from Season Two debuting, Fifty Shades of Grey will hit theaters. 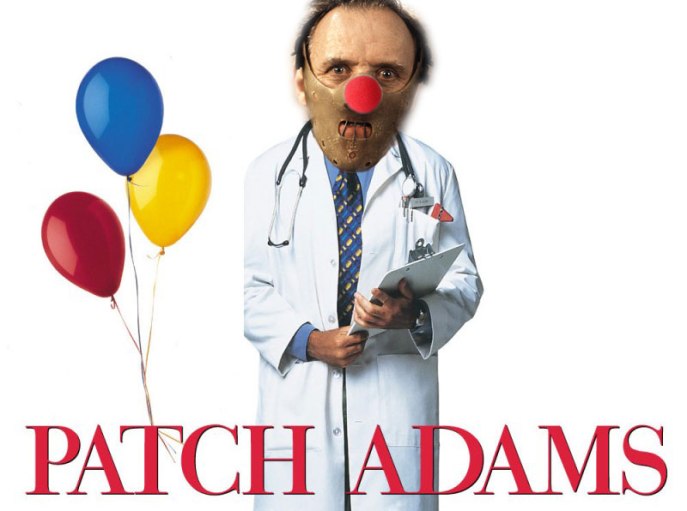 As far as what else keeps The Fall moving, its creator Alan Cubitt altruistically gives several of Season One’s role players much bigger parts. Spector’s 16-year-old worshipper Katie (rather creepily sexed up by the 22-year-old Aisling Franciosi) becomes a key player in Spector’s criminal movements. Her performance and those of other more-seasoned actors are all well played. The only issue is that Anderson and Dornan dominate this show so heavily, it’s difficult for anything that’s not centered on their characters to carry as much intrigue.

All said, despite a slower pace and my nervousness that The Fall could easily go the wayward route of The Killing if it doesn’t figure itself out, it remains perhaps the best current crime series this side of True Detective. Queue it up without further delay.